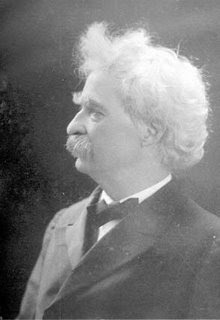 I’d wager that most of the people reading this blog could come up with a more interesting list of Seven Stories about the Civil War off the top of their heads. WSJ, how about these stories:
3. On the day after Christmas, 1862, authorities engaged in the largest mass-execution in the nation’s history when 38 Sioux Indians were hanged (this after President Lincoln commuted the sentences of over 250 others). Texans may hold the record, however. In October of that year, 40 suspected Unionists were hanged, and two were shot. See blog entry on an ugly 10-week stretch of 1862 here.
4. The Confederate Constitution was nearly a verbatim copy of the U.S. Constitution, though it restricted the president to a single, six-year term, and gave him a line item veto. The C.S. Constitution also prohibited states from interfering with slavery even within their own sovereign borders. Curiously, abolition was an exception to state rights.
6. For the Five Civilized Tribes in the Indian Territory (Oklahoma) – the Cherokee, Choctaw, Chickasaw, Creek, and Seminole – divided loyalties led to a war-within-a-war pitting mainly mixed-blood, slave-owning factions against mainly full-blooded tribal members, devastating the nations for generations.
What Seven Stories come to mind for you?
Posted by dw at 1:30 AM

Hi David,
I wrote the article you're referring to here, originally for mental_floss (http://mentalfloss.com). Sorry to hear the trivia didn't go as in-depth as you were hoping, but to be honest, I wasn't aiming to blow any minds with this piece. I'm just a history nerd with a particular attachment to the Civil War.

However, I haven't put the idea of doing a "Seven More Civil War Stories..." article out of my mind. If I do, I'll certainly come back to this blog post and check out some of the stories you're suggesting. Thanks!

Thanks for dropping by and leaving a note, and congratulations on getting your article picked up by the WSJ. In truth, I do understand that the piece was not directed to life-long students of the Civil War, but to a more casual group of history buffs.

It gave me the idea to come up with seven items that even people who consider themselves well-read on the era might not be conscious of. All in good fun. We're all history nerds, ultimately.

I hope you continue this theme with some follow-up articles. It's a great idea.

I think that the majority (90%+) of Americans are so lacking in their knowledge of history, that the 7 tidbits offered by the WSJ and you are fresh and interesting insights.

Question: can you provide book or, better yet, Web references for the items on your list?

As a history buff also, I've read this article and thought it was pretty interesting. Some of the interesting stories/trivia I'd include on a list would be:

1. West Virginia did not exist as a state until the Civil War. The people did not want to secede from the Union with the rest of Virginia.

2. Union General Ambrose Burnside's whiskers contributed a new word that was an anagram of his name (sideburns).

3. The Bureau of Internal Revenue was created during the Civil War.

4. The Civil War transformed nursing into a genuine profession and led to the creation of special ambulance corp to evacuate the wounded from the field.

All of these things I learned from Battle Cry of Freedom, the best book I've read on the Civil War. Never learned these things in high school, that's for sure.

Rebecca -- thanks for including your own list. Those are good ones. "Battle Cry" is chock full of stuff, given the broad scope of the book.

Alan -- there are lots of books to cite for the items I listed. Let me see if I can put together a list of quick-reference websites, as you requested. A lot can be found through simple Google searches, of course, such as material on the Sultana disaster, or word-for-word comparisons between the U.S. and Confederate constitutions.

It happened when a European power annexed a small Latin American state. The annexation would later be reversed, in 1865, just as the Civil War was winding down, and the small state restored to full independence (which it still enjoys today).