from the Library of Congress 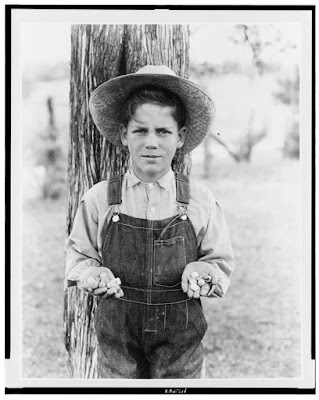 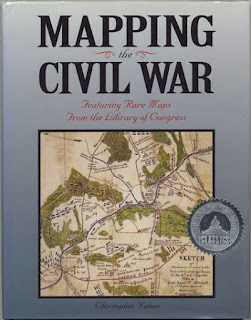 In the foreword to Mapping the Civil War: Featuring Rare Maps From the Library of Congress, Richard W. Stephenson aptly notes that "although a great wealth of contemporary manuscript and printed maps is extant in archives and libraries throughout the United States, especially at the National Archives and the Library of Congress in Washington, D.C., few authors, editors, or publishers of today's books and articles on the war avail themselves of this valuable resource." Stevenson's observation can easily be applied to genealogists as well.
In most cases, genealogists conducting research at the National Archives and Records Administration (NARA) tend to concentrate on textual records relating to their Civil War ancestors. Typically, their main focus is on compiled military service records, pension files, and unit records. Often overlooked, cartographic records can be a boon to researchers delving into family history. From plans of a Civil War army post or little-known navy gunboat to maps of famous battles, the maps, plans, and charts found in the Cartographic section of the National Archives in College Park, Maryland, can provide a unique, and oftentimes rewarding, perspective for genealogists.
Maps and plans, while not the starting point for your Civil War genealogy, can enhance previous research. For this reason, it is wise to master textual records relating to your Civil War ancestor prior to conducting research in cartographic records.
The Cartographic section contains approximately eight thousand Civil War maps. While this set of records is impressive, it is just a small fraction of the approximately five million maps, plans, and charts and sixteen million aerial and satellite images maintained in the unit. The Civil War maps collection contains both manuscript and printed maps and plans. The manuscript maps include pencil sketches and original pen-and-ink drawings as well as processed maps that contain annotations in ink or pencil. Many of the Civil War manuscript maps and drawings are unique to the National Archives, while a variety of the printed maps are more common and can be found in other large repositories such as the Library of Congress.
The place to begin is with A Guide to Civil War Maps in the National Archives (1986). This book provides a general description of NARA's Civil War maps and is separated into two parts. Part one is a general guide that describes the maps by record group under these headings: Congress, Department of the Treasury, Department of War, Department of the Navy, Department of the Interior, Department of Commerce, and Other. Confederate Records (RG 109, War Department Collection of Confederate Records) are found under "Other."
Part two of the guide describes select maps and map series and is arranged by state. Entries in this section usually contain information such as title, author, size, and a detailed description of the map or maps. According to the guide, the maps described in part two "were selected for several reasons: they represent the major geographical areas in the Civil War; they possess intrinsic historic value; they contain the highest concentration of information; they are easier to read than other maps covering the same area; and they are of artistic value" (p. 73). The Cartographic Research Room maintains binders that contain color photographic reproductions of each of the select maps and plans described in part two of the guide.
Read the full article here.

While you're at it, check out this Library of Congress site, which "brings together materials from three premier collections: the Library of Congress Geography and Map Division, the Virginia Historical Society, and the Library of Virginia. Among the reconnaissance, sketch, and theater-of-war maps are the detailed battle maps made by Major Jedediah Hotchkiss for Generals Lee and Jackson, General Sherman's Southern military campaigns, and maps taken from diaries, scrapbooks, and manuscripts all available for the first time in one place. Most of the items presented here are documented in Civil War Maps: An Annotated List of Maps and Atlases in the Library of Congress, compiled by Richard W. Stephenson in 1989. New selections from 2,240 maps and 76 atlases held by the Library will be added monthly."