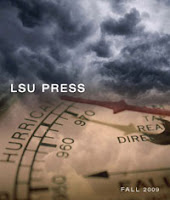 Apparently I got in on this story right at the tail end of the two-month period of uncertainty over the Press's fate. Prompted by bibliophile Drew Wagenhoffer, I collected some timely updates to the LSU Press saga. News items from last week, and this week report that the Press has survived, less $100,000 from the mother ship.
The Chronicle of Higher Education reports the story here. Press Director Mary Katherine Callaway says they need to retool, but is optimistic. The Press will now be able to celebrate its 75th anniversary next year. Just to be safe, BYOB.
Posted by dw at 12:29 AM No comments:

"I dust a bit," Ignatius told the policeman."

"In addition, I am at the moment writing a lengthy indictment against our century. When my brain begins to reel from my literary labors, I make an occasional cheese dip." — John Kennedy Toole
(A Confederacy of Dunces)

It's no secret that the world of publishing is undergoing a transformation in the digital age, and no market sector is unaffected. Times are especially tough for university presses, who often rely on subsidies from cash-strapped universities to continue their noble work. I learned about these pressures firsthand, five years ago, when my position was eliminated at Stanford University Press after a nine-year run. Years earlier, the press itself barely survived the chopping block. In the late 90s, when then-Provost Condoleeza Rice backed a plan to let SUP be absorbed by Oxford Press, only the staunch resistance of certain faculty saved the day.

Some presses faded away during that period, and quite a few more are unlikely to weather the current storm. I'm saddened to see that LSU Press, one of the most prolific publishers of Civil War titles, has reached a budgetary crisis that could conceivably spell the end of the company. In its storied history, LSU Press has won more Pulitzers than any other academic publisher (four), and remains the only university press to win Pulitzer Prizes in the categories of fiction and poetry. The publication of A Confederacy of Dunces, a brilliant and deeply American novel, is one of the great success stories in all of publishing (here's a shout out to brother Woody, who gave me a copy of this book right after I got out of college and landed in San Francisco).
To the staff at a typical university press, it seems irreconcilable that an institution spending large fortunes on athletics can't find the relatively minuscule funding needed to keep a small press operating. But things are never quite so simple. Big-time athletic programs ordinarily generate revenue for the school, but academic presses rarely do.

Ted Genoways, editor of the the Virginia Quarterly Review, wondered whether LSU wants "to be known as someplace that supports the history and culture of your region or some place that has fantastic outside linebackers?" But LSU's chancellor, Michael Martin, offers the compelling rejoinder that "in some respects, the press has been saved by the outside linebackers -- up to this point."

I am a big fan of university presses. I love the notion of disseminating knowledge just for the sake of it. I love the fact that history manuscripts are, usually, carefully vetted. I appreciated that some university presses continued to produce books meant to last, as if they were sacred objects, resisting some of the production short-cuts (e.g., cardboard for cloth) that would enhance the bottom line. I love the idealistic perspective that, sometimes, the importance of a particular book might carry more weight than it's projected profitability, when deciding whether to publish.

Of course, that's no way to run a business -- even university presses need customers. When once, one good-selling title could float the boat for a handful of obscure monographs, the pressures of a weak market have made that an unaffordable luxury. As for the production values that created "sacred objects" -- they have necessarily been going out the window, or are being compromised through belt-tightening. Print-on-demand technology is an irresistible solution to small presses looking to keep a long list of slow selling books in print. The only thing certain is that the old models of production and distribution no longer work, and the very mission of the university press needs to be re-thought.

I would hope the prestige alone of a press like that at LSU would spare it from oblivion, but in an era when everything from General Motors to California is bankrupt, any money-losing concern is a candidate for closure. Here's hoping LSU emerges from the crisis, and maybe leads the way for others following close behind. Read more about the bleak future of university presses in this Philadelphia Inquirer article (speaking of industries with bleak futures).

When a true genius appears in the world, you may know him by this sign, that the dunces are all in confederacy against him.
-- Jonathan Swift 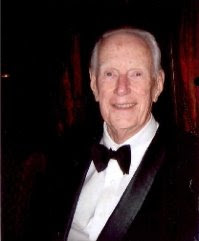 study of slavery in the United States by exposing plantation owners as practical businessmen, not romantics defending a noble heritage, died of heart ailments July 10 at a hospital in Oakland, Calif. He had vascular dementia.
His death was confirmed by the University of California at Berkeley, where he taught from 1946 until retiring in 1983.
The full WaPo obit can be read here.
Posted by dw at 9:12 PM 2 comments: 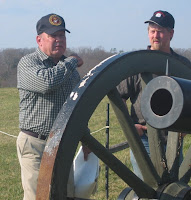 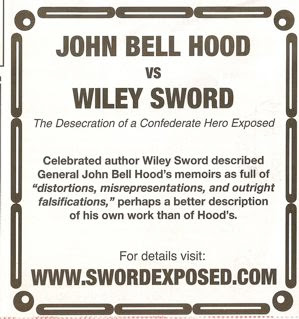 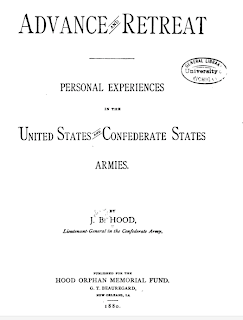 A brief follow-up to the query posted here last Saturday 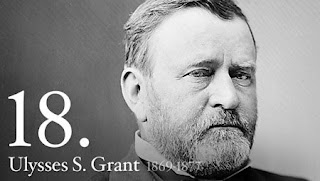 Next, we'll see what Dorothy Regnery's article in The Californian offers by way of substantiation. Separately, I'll query Grant authority Brooks Simpson on the chance that he can resolve the question in one fell swoop.