by John F. Cummings is one of the better Civil War blogs going, in my estimation. It's fresh, cleanly designed, beautifully illustrated, and rewards the reader with keen observations in succinct nuggets. John lives on a portion of that enormous, but poorly preserved battlefield (1/2 mile from the fighting at Myer's Hill), and takes his inspiration from the landscape beneath his feet, and from the stories of people like John Myers, whose home was destroyed by Union troops on May 15 (Cummings tells us that Myers—a conscript in the 40th Virginia Infantry—witnessed the destruction of his home from his position in the Confederate defenses). 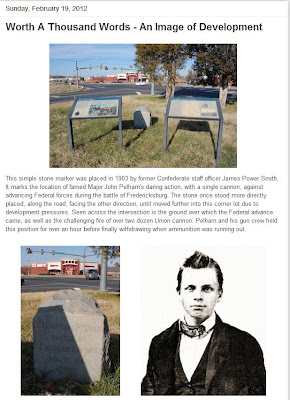 Cummings has a knack for ferreting out interesting stories, and I especially enjoy his astute observations on period photographs and drawings, and his skillful, Frassinito-esque camera work. lining up angles long disguised by modern sprawl.  Take a look at this nifty blog entry regarding a May 9, 1864 sketch by Alfred Waud.

I am glad to see Spotsylvania given such passionate attention, since it is one of my favorite periods to study in the Overland Campaign. I wrote my last major college paper on the battle, and I cringe to think that a copy of that paper may survive in a file drawer somewhere. It was for an independent study course, the last four credits needed to get my B.A. in History, and had I known then what I know now, I would not have attempted to write anything meaningful about such a large, long, and complicated affair.

Once I delved into it, I was quickly in over my head, but had invested too much time and trouble in the project to reverse course. In the end, I produced a reasonably sourced  semblance of a battle narrative, marred by occasional tangles of impenetrable confusion. Suffice it to say, Spotsylvania kicked my ass and left me bleeding, but I lived to fight another day, unlike so many thousands of poor souls who perished there. The eminent Professor Jaebker was generous, and gave me an A for effort, though his red-ink critiques filled the margins of every page.

Sometime later I learned that my mother's great-grandfather, Francis Marion Kirby of the 5th Wisconsin, was shot in the knee there. The 5th Wisconsin was selected for Emory Upton's bold and ill-fated assault on the salient on May 10, and it seems likely that he got his wound in that action. I wrote about one of my visits to Fredericksburg in this old post from 2006.

It seems incredible to me that one of the most savagely-contested pieces of real estate in the entire war gets relatively short shrift in the literature. Accounts of the fighting at the Mule Shoe are as horrific, the struggle as desperate, as anything that occurred between 1861-65, but in the larger narratives, Spotsylvania is sometimes hurriedly dispatched—tucked between the Wilderness and Cold Harbor—a bloody wayside on the road to Richmond.

I'm still learning what happened at Spotsylvania, after all these years, because like the war itself, the story is just that big. Given my experience with Dr. Jaebker, I am greatly impressed by the work of historians like Gordon Rhea, and William D. Matter, and feel gratitude that they took the time to sort it all out in proper fashion.
Posted by dw at 8:10 PM No comments: 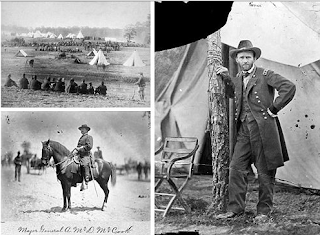 Clams and Steam Beer Since 1861 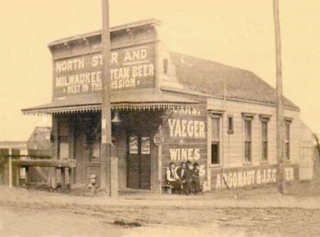 In December of 1861, the Old Clam House (originally called the Oakdale Bar and Clam House) opened for business in San Francisco. One hundred and fifty years later, it's still serving up platters of clams, oysters, mussels, crab, shrimp, calamari, and other tasty items. Indeed, it's the oldest restaurant in San Francisco still operating out of its original location (the Tadich Grill predates it by 12 years or so, but it has relocated).
I scanned President Lincoln's December 1861 State of the Union address for mention of the state of fine dining on the Left Coast, but there was nothing. 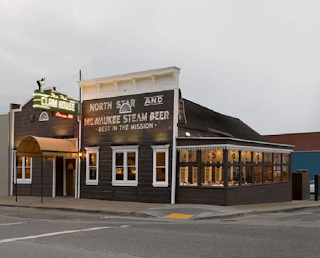 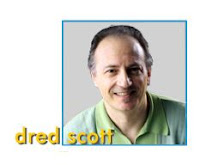 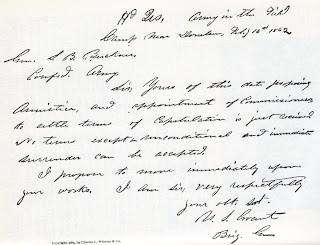 Hdqtrs, Army in the field
Camp near Donelson, Feby 16, 1862
Gen. S.B. Buckner,
Confed. Army:
Sir: Yours of this date proposing Armistice, and appointment of Commissioners, to settle terms of Capitulation is just received. No terms except unconditional and immediate surrender can be accepted.
I propose to move immediately upon your works. I am Sir: very respectfully
Your obt. sevt.
U.S. Grant
Brig. Gen.

For 32 years, a portrait of a serene Mary Todd Lincoln hung in the governor’s mansion in Springfield, Ill., signed by Francis Bicknell Carpenter, a celebrated painter who lived at the White House for six months in 1864.

As the conservator Barry Bauman removed paint added to the portrait advertised as being that of Mary Todd Lincoln, a brooch depicting Abraham Lincoln disappeared.

The story behind the picture was compelling: Mrs. Lincoln had Mr. Carpenter secretly paint her portrait as a surprise for the president, but he was assassinated before she had a chance to present it to him.

Now it turns out that both the portrait and the touching tale accompanying it are false.

And not just Lucille Ball's. This son of a Hoosier infantryman also fixed appliances for Jerry Lewis and Joan Crawford. I saw mention of this article (referenced in an online post by Robert Moore of Cenantua's Blog), and wanted to highlight it here.  A couple days ago I posted a link to a story on the death of a man reported to be the last actual son of a Confederate veteran. Turns out there may be as many as 13 sons of Union veterans still alive, including one man in Poplar Bluff, Missouri. I passed through Poplar Bluff -- the "Gateway to the Ozarks" -- many times in the late 70s and early 80s, going back and forth from Evansville, Indiana to my parents new home on Greers Feery Lake, Arkansas. But alas, Gramelspacher did not live there at the time.


The family did not know much about Joseph's military service until Hilbert's 68-year-old son, Wayne, who lives near Vaughn, Miss., began "looking up family history" and contacted Sons of Union Veterans of the Civil War.
"My father never talked about the Civil War," Hilbert said. He was 11 when his dad died in 1931 at the age of 83.
"He did show me his rifle," Hilbert said. "He gave it to my sister, and her children have it now.".

Egypt, which previously accounted for only 3 percent of cotton exports to Europe, saw its profits boom from $7 million to $77 million in just four years. With Egyptian cotton flooding the European market, the demand for Southern cotton disappeared, as did European support for the Confederacy that was based, in part, on a need for the South’s cotton.

The last actual son of a Confederate veteran?

"A former business owner and one of the last links to the American Civil War died Jan. 28. Lucas L. Meredith Jr.—a native of Dinwiddie County—was the son of a flag bearer during Pickett's Charge at Gettysburg. He died Saturday at age 87." Read all about it in the Petersburg Progress-Index .
Posted by dw at 9:26 PM No comments: