From The Onion's Historical Archives: 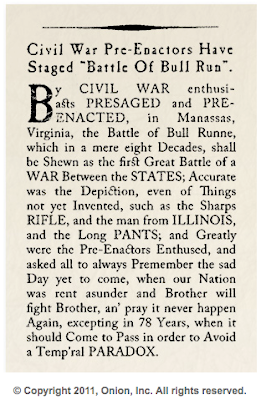 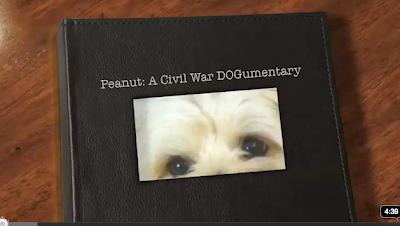 147 Years Ago: A Christmas Gift for the President 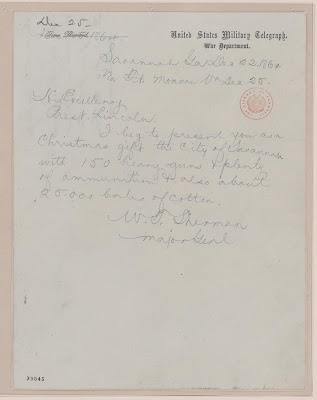 Savannah, Ga December 22, 1864
Via Ft. Monroe, Va Dec 25.
His Excellency
Prest. Lincoln.
I beg to present you as a
Christmas gift the City of Savannah
with 150 heavy guns & plenty
of ammunition & also about
25,000 bales of cotton.

Thanks to Terry Arliskas for sending in this link. Starting at second 54 of the video, she is one of the three Soldiers Aid Society ladies to query the Green Bay Packer quarterback—a history major—about his favorite Civil War generals. [Sorry Rebs, his favorite color is blue.] Terry also reminds us that the Packers are the only team in the NFL to boast a Lee, Grant, and Pickett on their roster.

"Why do so few blacks study the Civil War?"

More from The Atlantic's new Civil War issue. . . an article by Ta-Nehisi Coates

"How Newt's New Novel Plays Politics With the Past"

Congratulations to Kevin Levin, whose book review of Newt Gingrich's latest novel appears in the new, Civil War-themed issue of The Atlantic. 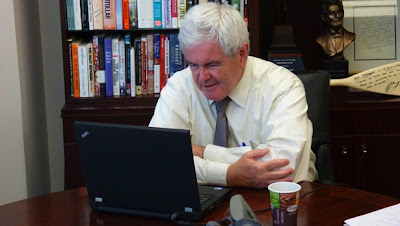 Newt Gingrich's recent rise in Republican primary polls has occurred in tandem with the release of his historical novel set in the Civil War, which positions him as a champion of the African-American community and at the same time attempts to placate his conservative southern base, whose agenda is interwoven with a traditional narrative of the Civil War that avoids the tough questions surrounding slavery and race. The result is a narrative that grossly distorts our understanding of the war and the important role of black Union soldiers.

The generosity of Brian Pohanka 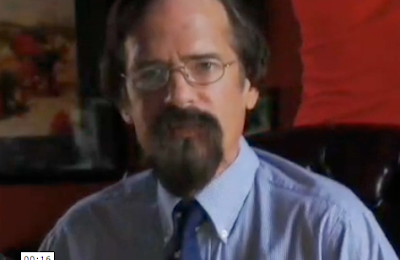 Thanks to Eric Wittenberg over at Rantings of a Civil War Historian for bringing this interview with Civil War historian Brian Pohanka to my attention. I'd never seen it before, and it's reportedly his last—the last of many, many interviews. Brian was one of the most ubiquitous talking heads in the nascent Civil War documentary world, dating back to the Ken Burns series.
I did not know Brian well, but counted him among my friends in the last years of his life, when he regularly participated in Civil War Forum discussions, and attended our annual gatherings for several years. My first contact with him was to solicit an article for the 2nd issue of Civil War Regiments over 20 years ago, and he graciously submitted something he'd previously published but reworked on his beloved 5th New York at 2nd Manassas. I remember the first time we spoke. All of our contact over his article had been done by mail (USPS), and in some letter or another he had said don't phone me, let's just handle this through written correspondence. He was a private person, and the phone was a distraction from his work (and I understood completely -- I only use the phone, or answer it, with a measure of dread and impatience).


But of course, as a fledgling editor working with a "big name" author, something came up in the hours before sending things off to the printer, and I didn't feel I could go forward without consulting him on some editorial change, lest he take me to task for it until the end of time (I had been instructed to change nothing). I don't remember what it was I so urgently had to get his okay on, but I called him. He answered, and I identified myself, and his first sentence was something to the effect of, "oh, you called anyway" [even though I asked you not to].
That experience caused me to think I was off to a bad start in the world of Civil War publishing, and also to think that Brian was prickly. I was wrong on both counts, as I came to learn over time, and I enjoyed getting to know Brian. One year, the annual West Coast Civil War Round Table Conference was hosted (early 90's I think) by the Long Beach Civil War Round Table, and the featured historians were Brian and Joseph Harsh. I sat by Brian in all the bus excursions that weekend, and those casual chats made us friends. Sometimes you just have to sit next to a guy on a bus, through long stretches of dreary freeway, and there it is.
By the way, yes, there are places in Los Angeles to take a busload of Civil War enthusiasts. Not just cemeteries, but mostly.
But I digress. This interview is about the urgency of preserving what's left of America's Civil War battlefields at a time when commercial development is affecting, at last, even places heretofore protected by their remoteness. I love that Brian salutes Jerry Russell and Annie Snyder as ardent preservationists before we had well-run, efficient, and politically savvy national organizations like the Civil War Trust (the best bang for your preservation buck). Russell and Snyder were untiring advocates of Civil War preservation, loud and cantankerous, and that's what it took to get people's attention while battlefields were quietly being bulldozed.
I don't think I'm exaggerating to say that without Jerry Russell (and Bob Younger of Morningside), Civil War Regiments (which begat Savas Woodbury, Savas, and then Savas Beatie) might never have gotten off the ground—at least not as steadily. Jerry promoted us throughout the land by way of Civil War Round Table Associates, and Bob sold our books and let us share a table at the Gettysburg Book Show, the always sold-out, premier event of the year for anyone peddling books to a hardcore, niche crowd. Brian Pohanka helped us too, by lending his name to our 2nd issue, because battlefield preservation was part and parcel of CWR. 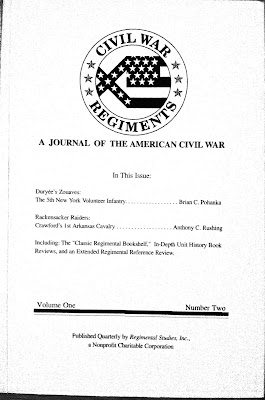 Brian's passion for and knowledge of the Battle of the Little Bighorn was also rivaled by few. Several of us in the Civil War Forum (Margaret, Paula, Keith) were planning to enlist him for a tour there, but we tarried too long. If that subject interests you, you need to pick up a copy of Where Custer Fell. His friends in the Friends of the Little Bighorn tell the tale.
I said Brian put his money where his mouth was. After he died, we learned about his devotion to battlefield preservation in pretty concrete terms. This from a Civil War Trust
announcement:

In a statement released today, the Civil War Preservation Trust (CWPT) announced a major gift from the estate of historian and ardent preservationist Brian C. Pohanka, who passed away in June 2005. In his will, Pohanka left CWPT — with whom he has been associated since its earliest days — a bequest totaling $1 million earmarked for land acquisition.
In acknowledging the gift, CWPT President James Lighthizer said that the donation is telling of the innumerable contributions Pohanka made to the cause of historic preservation over the years.

"From the very beginnings of the Civil War battlefield preservation movement, Brian Pohanka led the charge," remarked Lighthizer. "He not only gave of his time and talents, but frequently and generously reached into his wallet as well. We at the Civil War Preservation Trust are proud to carry on the work he began nearly two decades ago."

Pohanka's generosity to battlefield preservation was unequalled. In addition to the $1 million bequest, he and his wife Cricket quietly donated an equal amount to CWPT in 2004. Over the years, Pohanka gave generously to CWPT and countless other local battlefield preservation groups — in his will, he also set aside money for the Central Virginia Battlefields Trust ($500,000), the Richmond Battlefields Association ($500,000), and the Save Historic Antietam Foundation ($200,000).