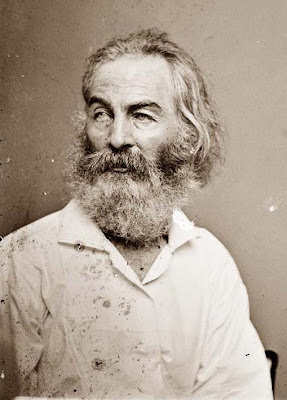 by Walt Whitman
Word over all, beautiful as the sky!
Beautiful that war, and all its deeds of carnage, must in time be utterly lost;
That the hands of the sisters Death and Night, incessantly softly
wash again, and ever again, this soil'd world:
. . . For my enemy is dead—a man divine as myself is dead;
I look where he lies, white-faced and still, in the coffin—I draw near;
I bend down, and touch lightly with my lips the white face in the coffin.

Bivouac on a Mountainside 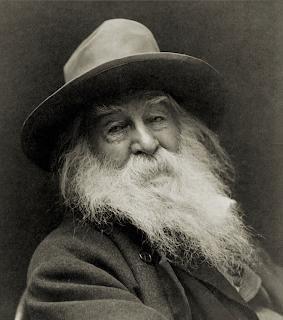 by Walt Whitman
I see before me now a traveling army halting,
Below a fertile valley spread, with barns and the orchards of summer,
Behind, the terraced sides of a mountain, abrupt, in places rising high;
Broken, with rocks, with clinging cedars, with tall shapes dingily seen;
The numerous camp-fires scatter'd near and far, some away up on the mountain;
The shadowy forms of men and horses, looming, large-sized, flickering;
And over all the sky—the sky! far, far out of reach, studded, breaking out, the eternal stars. 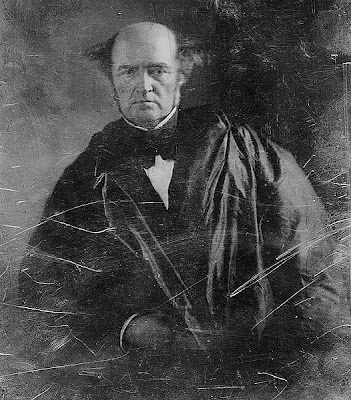 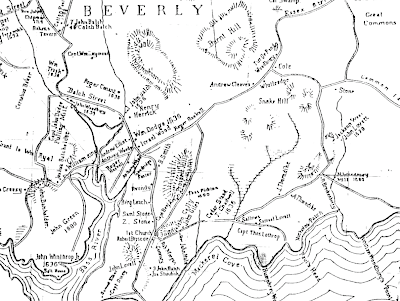 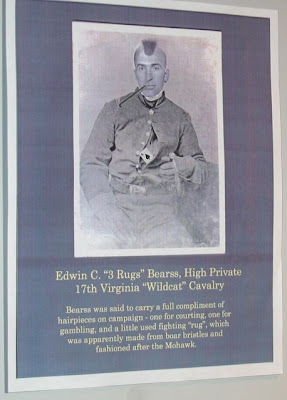 To prevent the good folks at Civil War Interactive from reporting that I went a week without updating my blog, here are a few random photos from past Civil War Forum battlefield conferences. This first image, above, was from the 2007 gathering at Appomattox, and is an exclusive—I'm confident that I have scooped all other Civil War blogs with this unpublished image of one of Ed Bearss's lesser-known Civil War ancestors. Ed was one of our three guides that day, and at the close of the tour, Appomattox NHP historian Patrick Schroeder surprised us by arranging for this rare photo (and one of historian Ron Wilson's ancestor as well) to be mounted in the exhibit area. It probably was not intended to be committed to the internet—effectively until the end of time—but maybe this exceptional image will lead to the discovery of other fighting rug portraits. 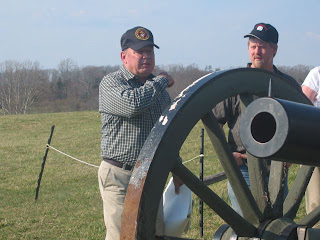 Here was fought the Battle of Sutherland's Station, April 2, 1865.
In the photo, Ed Bearss and his backup singers. 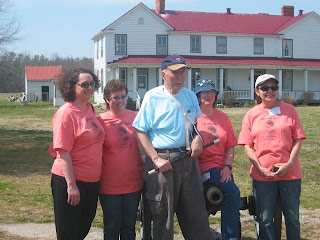 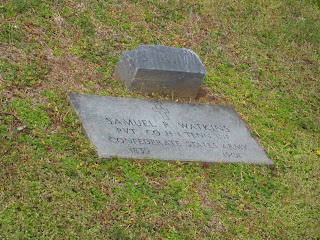 The one and only Jim Ogden, historian at Chickamauga & Chattanooga National Military Park, in this instance photographed at Stones River. Non-regulation tie. 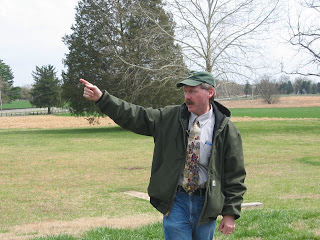 My kitchen counter. Did someone say pitchers and catchers will be reporting soon? 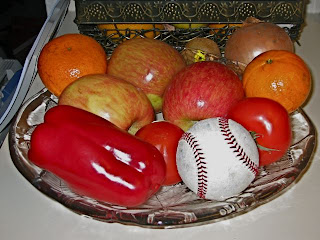 Answers to the Google Earth Quiz (No. One)

If for one reason or another you're reading this blog entry without having seen the previous one (January 30), you might want to scroll down to that earlier entry first, and have a look at the mystery photos there.

Thanks to everyone who gave it a shot (more in the Civil War Forum, than in the blog). I may need to fine tune future entries—it's obviously very disorienting to see things from this perspective, and difficult to identify out of context, even to people who spend inordinate amounts of time studying maps. Future quizzes may include more distinctive geographic features from the satellite perspective.

In order, the January 30 images depict:

No. 2: Vicksburg, Mississippi. The visible earthworks in the crook of the road intersection at left are what remains of the Stockade Redan where, during the May 19, 1864 assault, the colors of the 1st Battalion, 13th USI reached the ditch fronting the Confederate defenses, earning that unit the motto, "First at Vicksburg." 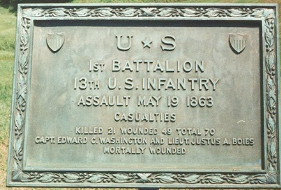 No. 3: Lookout Mountain—the northern point, around which the "Battle Above the Clouds" was fought. That water is Moccasin Bend in the Tennessee River, just downstream from downtown Chattanooga.

No. 4: Gettysburg, scenes of the first day's fighting. The white diagonal road is, of course, the Chambersburg Pike. The diagonal line above the Pike is the railroad cut. The road coming out of the bottom of the photo, a little left of center, is Reynolds Avenue along McPherson Ridge. It is more or less the same area seen in this map. 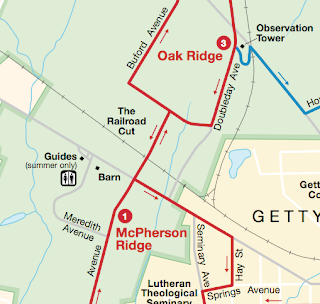 No. 5: Yellow Tavern. The monument barely seen in the trees just below the pushpin is the J.E.B. Stuart monument. From the NPS driving tour: "Confederate artillery near this location goaded Custer into a second attack at 4 p.m. The Federal charge broke through Lomax's line (behind you, as you face the monument), but was turned back by Company K of the First Virginia Cavalry. The action drew J.E.B. Stuart into the fighting, where he received his fatal wound. The monument marks the approximate spot where Stuart was shot. It is now under the care and protection of the United Daughters of the Confederacy."

No. 6: Spotsylvania: the Mule Shoe. Check the map below to see where the angle was (just to the right of the road intersection near the center of the photo). The faint trail across the field in the left center marks Emory Upton's approach. As I followed that trail through the woods, I thought of my mother's great-grandfather, in the 5th Wisconsin, who was shot in the knee during Upton's May 10th assault. 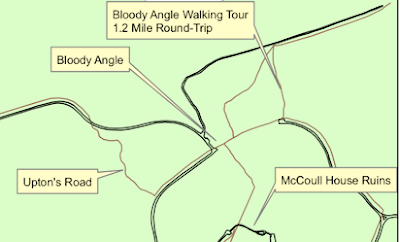 No. 8: Pea Ridge. The structure in the clearing a little right of center is the reconstructed Elkhorn Tavern. Look at those woods. You can't begin to imagine how many ticks are out there.

No. 9: Manassas. What else? The Henry House on Henry Hill. Below: Bull Run, Va. Ruins of Mrs. Judith Henry's house, by George Barnard. 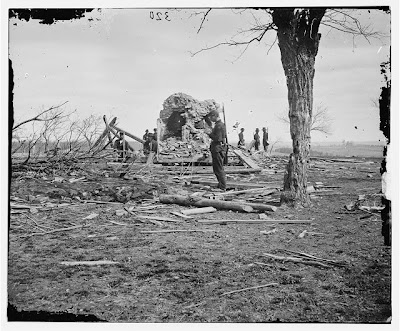