The largest offensive ever mounted by a Confederate army. . .

Yesterday was the anniversary of the battle of Gaines's Mill, a major fight that remains obscure even to many self-proclaimed students of the American Civil War. Why Gaines's Mill, the rest of the Seven Days Battles, and the overall 1862 Peninsula Campaign remain in the backwaters of Civil War studies is a mystery to me.

Fortunately for us, organizations on the front lines of the Civil War preservation movement have not given the Seven Days backwater status. Just this year, important portions of the Gaines's Mill battlefield have been saved by the Richmond Battlefields Association and the Civil War Trust.

Speaking of the Civil War Trust, the July 1-8 issue of "The Week" named Civil War Trust as their "Charity of the Week," noting that they have saved 30,000 acres on 110 Civil War battlefields in 20 states. Not a bad track record.

Civil War Trust's web site continues to grow into one of the most useful and fascinating resources on the Civil War. The articles, maps, interviews, photo galleries, and videos make up a treasure trove of some of the most reliable and interesting information to be found in one place. Their Gaines's Mill page, for example, is the perfect starting point for planning a visit to the battlefield. Once there, you would do well to get in on one of NPS historian Bobby Krick's tours of the battlefield.

In the penultimate essay, Krick looks at the climax of the battle of Gaines's Mill, by far the bloodiest of the Seven Days. His topic is Brig. Gen. W. H. C. Whiting's two-brigade division and its late-afternoon assault that breached Union lines near the Watt House. Krick draws on an impressive array of materials to make sense of the attacks, which, among other results, catapulted the soldiers of John Bell Hood's Texas Brigade to fame as the army's finest shock troops. Krick reminds readers that the offensive at Gaines's Mill was the largest ever mounted by any Confederate army, its 50,000 participants far exceeding the number involved in more famous attacks by George E. Pickett and James Johnston Pettigrew at Gettysburg and Stonewall Jackson at Chancellorsville. He also sees the attack on June 27 as a pivotal event that marked the first offensive tactical victory for Lee and the Army of Northern Virginia. The general and his soldiers built on that foundation to create one of the most famous and effective military partnerships in American history.

[The extract above is from the introduction to Gary Gallagher's, The Richmond Campaign of 1862: the Peninsula and the Seven Days, speaking of Bobby Krick's contribution to the volume.]
Posted by dw at 11:50 PM 2 comments: 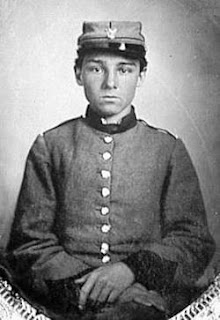 
When I think of Milledgeville, I think of Sherman’s troops ransacking the then state courthouse, and I think of Flannery O’Connor, one of my favorite authors. If Jemison is buried at Memory Hill, then he’s in good company.
Posted by dw at 10:44 PM 8 comments:

"Everything you know about the Civil War is wrong. Almost." 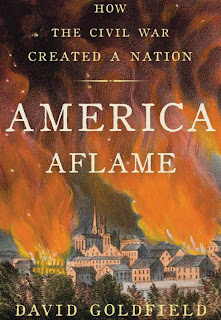 Based on Joan Walsh’s outstanding critique at Salon.com, I purchased the Kindle version of this book today. The prospects of a well researched and thoughtful new “big picture” view of the run up to war and the appalling abandonment of African Americans afterwards – the effects of nativism and religion, religious intolerance, and bigotry – and the drawing of parallels to the political landscape 100 years later, is too intriguing to pass up.
I’ll revisit this subject with my own views once I delve into it, but be sure to read Walsh’s review by clicking HERE.
From the review:

Goldfield's book has been well-reviewed, because if it's sympathetic to Southern whites, it depicts the savagery of slavery and post-war white terrorism with unflinching and gut-wrenching clarity. (Literally. The book's tales of slaves' abuse and Southern white post-war savagery will make you sick.) Still, this Civil War history challenges the absolutism of the "Northerners were heroes, and Southerners were vicious, violent racists" school of history. He exposes and excoriates Southern whites' violence against black people before and after the war. But he also links the war to the pro-business evangelical Protestant crusade to eradicate native American Indians, Mexicans, Irish and German Catholic immigrants, and an emerging class of landless Northern laborers – anyone who stood in the way of their vision of clean, hard-working, business-friendly American progress.

Harriet Beecher Stowe moved to former Confederate Florida, became an Episcopalian, wrote a best-selling book about home decorating for women, and never again troubled herself about the (former) slaves. Abolitionist Horace Greeley gave up on Reconstruction and black rights quickly. His New York Tribune, which once crusaded against slavery, began to feature "exposes" of Reconstruction, including tales of black "corruption" and political incompetence. Even the Nation magazine, which we remember as a journal of abolitionism, soured on the experiment with black suffrage.

For many reasons, Northern Republicans gave up on the early goals of Reconstruction: to grant free blacks civil and economic rights. Goldfield quotes a Northerner observing a general desire to forget the war, and particular "apathy about the Negro" – shades of the "compassion fatigue" that would be diagnosed by neoconservatives 100 years later, after the Great Society. The parallels between the backlash against Reconstruction, and the backlash against Lyndon Johnson's civil rights reforms, are unmistakable and chilling.  . . .After each morally overdue reckoning, the parties suffered, and then they changed sides. Republicans were trounced after Reconstruction, as Democrats became the party of the South; 100 years later, Democrats were trounced, and Republicans became the party of the South. The Civil War is still not over.

Freakonomics: Why Does the South Still Commemorate the Civil War, But Not the North?

Freakonomics fearlessly explains everything. It's tempting to say that the South commemorates the War more than the North because the South is where the war was fought. But I suspect there's more to the story than that, particularly when you consider that many of those who are most eager to commemorate it are also eager to rewrite the history of the War.

Those consequences are most apparent in the economic inversion that took place following the war. The parts of the South that were generally the richest in 1860 are today its poorest. These were the areas with the highest concentration of plantations: a swath of land stretching from coastal South Carolina down through Georgia, and west into Alabama, Mississippi, and Louisiana. Today, this region is home to some of the poorest counties in America, with high rates of unemployment, low-skilled labor, and other social ills like obesity and a lack of education.

From the June 7 blog posting at "Freakonomics: the Hidden Side of Everything."
Posted by dw at 8:24 PM No comments:

"Thanks a lot, Ken Burns" 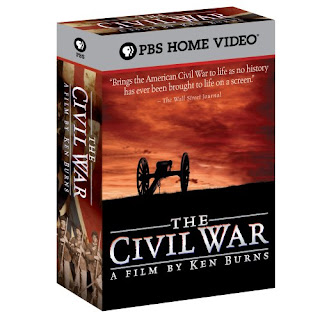 For all its appeal, however, The Civil War is a deeply misleading and reductive film that often loses historical reality in the mists of Burns' sentimental vision and the romance of Foote's anecdotes. Watching the film, you might easily forget that one side was not fighting for, but against the very things that Burns claims the war so gloriously achieved. Confederates, you might need reminding after seeing it, were fighting not for the unification of the nation, but for its dissolution. Moreover, they were fighting for their independence from the United States in the name of slavery and the racial hierarchy that underlay it. Perhaps most disingenuously, the film's cursory treatment of Reconstruction obscures the fact that the Civil War did not exactly end in April of 1865 with a few handshakes and a mutual appreciation for a war well fought. Instead, the war's most important outcome—emancipation—produced a terrible and violent reckoning with the legacy of slavery that continued well into the 20th century.