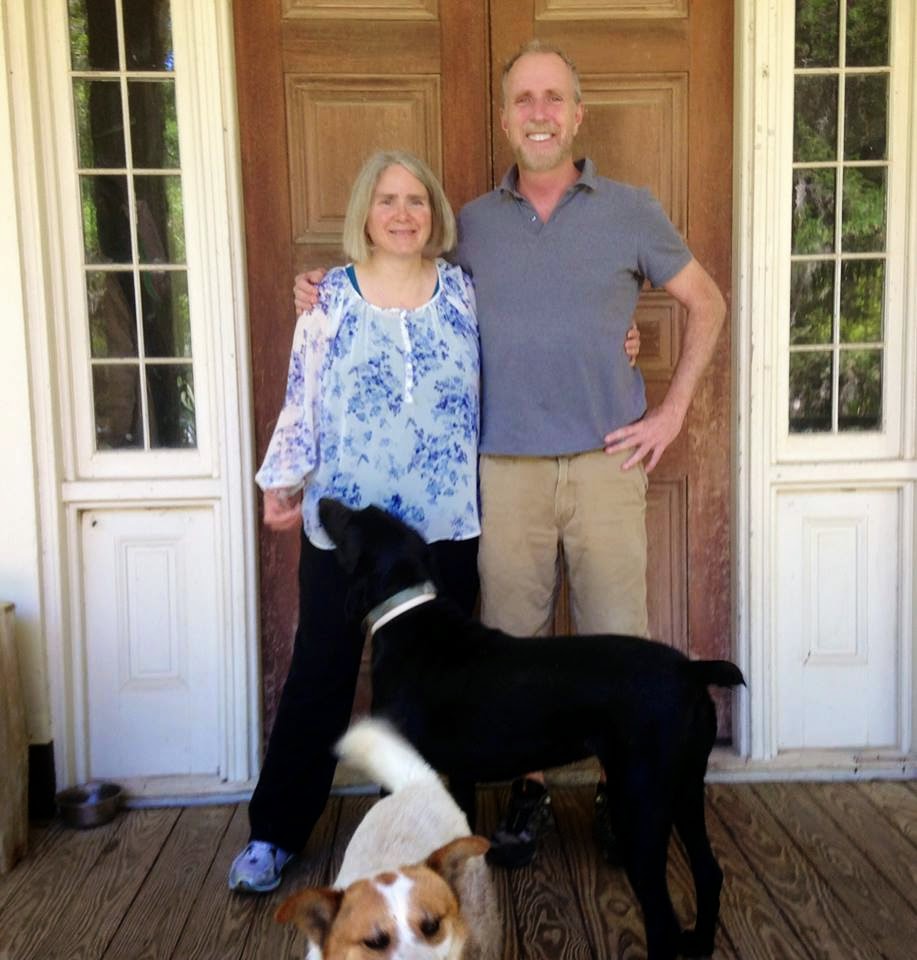 "I was always careful after that about joking with Johnnies" 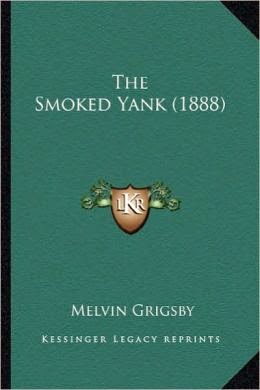 Recent spasms of old-school racism – L.A. Clippers owner Donald Sterling’s bizarre recordings, and the musings of freeloading anarchist Cliven Bundy – have put the subject of racism back in the news on a more or less national scale. It lesser ways, racism is in the news every day, but is probably not something a lot of Americans have cause to spend time thinking about.


Bundy put forth a familiar version of the modern “slaves through dependency” meme, but enlivened it with some choice neo-Confederate sentiments by suggesting  that slave days were happy days, and that picking cotton gave black people a sense of purpose. He said, “And because they were basically on government subsidy, so now what do they do? They abort their young children, they put their young men in jail, because they never learned how to pick cotton. And I’ve often wondered, are they better off as slaves, picking cotton and having a family life and doing things, or are they better off under government subsidy? They didn’t get no more freedom. They got less freedom.” Reading that, one can’t help but think of the famous quote attributed to Abraham Lincoln, “Whenever I hear any one arguing for slavery I feel a strong impulse to see it tried on him personally”  (The Collected Works of Abraham Lincoln edited by Roy P. Basler, Volume VIII, "Speech to One Hundred Fortieth Indiana Regiment" (March 17, 1865), p. 361).


Coincidentally, when the Bundy and Sterling brouhahas broke out, I was reading an old Civil War memoir by a Wisconsin soldier which addressed the treatment of slaves in the South. It’s strange and disquieting that as a society, we’re rebutting the same arguments and same mythologies that people were rebutting 150 years ago. It seems like it should be ancient history, but it's not.


Melvin Grigsby’s memoir, The Smoked Yank, was published in 1888. Grigsby, a member of the 2nd Wisconsin Cavalry, spent the early part of the war mostly in Arkansas and Mississippi. He was captured by guerillas outside of Vicksburg and was transported to Castle Morgan, the prison at Cahaba, Alabama. Eventually he was transferred to Andersonville prison in Georgia, and later to Florence, South Carolina. He made a number of escape attempts, finally succeeding on the last and made his way back home.


Grigsby and his comrades disdained slavery, and likewise disdained the early-war policy of protecting the property of slaveowners in areas where the Union army held sway. While stationed at Helena, Arkansas, Grigsby and some buddies took emancipation into their own hands. Of that time, he wrote:

Helena is in the cotton belt. There were thousands of negroes on the cotton plantations. The government was at that time trying to save the Union and slavery too. The negroes came into Helena by hundreds. Their masters would follow them in and get permits to take them back. The privates, many of us were not in accord with the Government on the negro question. We used to follow the masters when they started away with their slaves, release the slaves and convince the masters that it would be best to keep away from camp.


On one occasion, Carr and I saw a man leave town with a lot of his negroes who had run away. We followed him out about ten miles and then stopped him. We sent the negroes back to town, took the master's horse, and told him to stay out of Helena. Carr asked me to ride back with the negroes, as they were afraid other slave-owners would arrest them, while he would conceal himself and see if the enraged master would attempt to follow us into camp.


Before I got back to town, Carr overtook me leading another captured horse. He absolutely refused to answer any questions, and, fearing that the man had started to follow us back, and that Carr had killed him, I was willing that silence should be maintained. A few weeks after, I saw this slave-owner in town. He wasn't trying to take out negroes any more. I pointed him out to Carr, who then told me what had happened before. He saw the man coming on a horse, waylaid him, took him into the woods and handcuffed his hands around a tall tree and left him there. Carr had found the handcuffs on a plantation where they had been used in disciplining negroes, and he carried them in his saddle-bags as a curiosity ; said he left the man near the traveled road so that there would be no question about his being released.


All that summer we carried on a warfare of that kind against what we believed to be the mistaken policy of the government. It had a bad effect on the soldiers.

Grigsby, as I mentioned, would have taken issue with Rancher Bundy’s notions of happy days on the old plantation. On that subject, he wrote:


On that plantation I used to read the records kept by the overseer. It seems that every overseer of a large plantation kept a daily record. That record showed that there were negroes whipped, bucked, and gagged, and otherwise punished every day. Every negro who came from the field with less than his stint of cotton, received so many lashes. I saw there the same kind of instruments of torture that I afterward saw in Andersonville. One machine was rigged for stretching negroes over a large roller, so that the lash could be applied to the bare skin. If anyone believes that the cruelties practiced on slaves were exaggerated in Uncle Tom's Cabin, let him hunt up and read one of those plantation records.

Finally, I want to share a passage in which Grigsby has some fun at a slaveowner’s expense, in a section he entitled “Joking with Johnnies.” He makes many sarcastic references to “southern chivalry.” In this instance, Grigsby was being transported to prison, and during one stop along the way, the prisoners were guarded in a slave hut. I have edited out the “N-word,” because that’s the way I was raised.

We witnessed another illustration of southern chivalry at the same town. We were guarded in a negro quarter or hut. Our supper was brought in by a good-looking mulatto girl. The owner of the place, the girl's master, came in while we were eating, and seemed desirous of arguing with us the questions that divided the North and South.


"Now, I suppose you would just as soon marry a [black] wench as to marry a white woman, wouldn't you?"


Thinking the old gentleman would take a joke, I said to him:


“I wouldn't like to marry any [black] wench that I have seen around here, for fear I would have some of you rebels for a daddy-in-law."


As I spoke, I looked from him to the mulatto girl, standing near. Whoopee! How the old man did rave! He stormed and swore and finally started for the house saying, he wouldn't stand such an insult from no damned Yankee. He meant business, too, for he soon came back with a shot gun, which he would doubtless have fired into us, had not Boatwright stood in the door, and, partly by the influence of his drawn revolver and partly by persuasion, appeased the old man's wrath. I was always careful after that about joking with Johnnies.

150 Years Ago -- reaching the tipping point 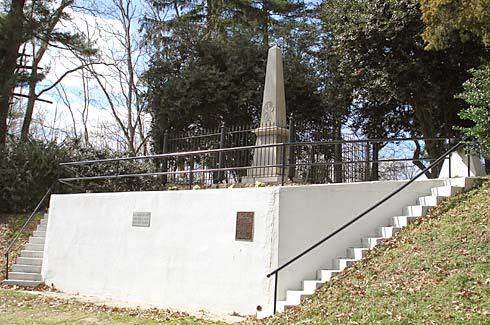 Already by May 11, 1864, those of us looking back in hindsight can see the fortunes of war tipping inexorably toward Union arms. General Grant, undaunted by the body blows inflicted on him by Robert E. Lee in the Wilderness, was nearly a week into the unremitting slaughter of Spotsylvania. On this one day, 150 years ago, Grant assured his superiors in Washington that he intended "to fight it out on this line if it takes all summer" (take a look at Grant's May 11 letter at Brooks Simpson's Crossroads blog) and the vaunted Confederate Cavalry chief J.E.B. Stuart was killed by Union cavalry with Richmond at his back.

Photo above:  The J.E.B. Stuart monument at Yellow Tavern. From the NPS driving tour: "Confederate artillery near this location goaded Custer into a second attack at 4 p.m. The Federal charge broke through Lomax's line (behind you, as you face the monument), but was turned back by Company K of the First Virginia Cavalry. The action drew J.E.B. Stuart into the fighting, where he received his fatal wound. The monument marks the approximate spot where Stuart was shot. It is now under the care and protection of the United Daughters of the Confederacy."
Posted by dw at 4:43 PM No comments: 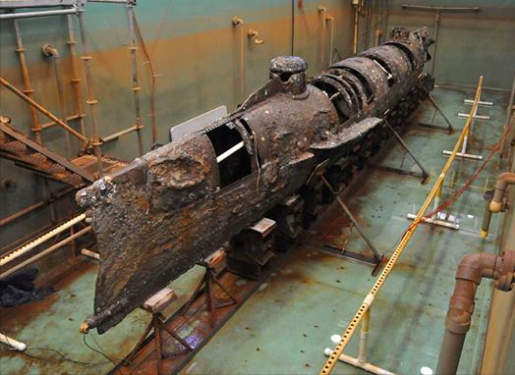 Hunley finally ready to reveal itself

But within a few months, conservators and archaeologists expect to get their first look at the sub's iron hull - and it may hold clues that finally reveal why the Hunley sank off Charleston 150 years ago.

Read the whole story here.
Posted by dw at 3:20 PM No comments: