Click to Enlarge
Posted by dw at 12:10 PM No comments: 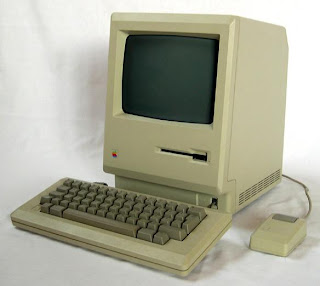 WORST CIVIL WAR BOOKS
Ted Savas, at A Publisher's Perspective has turned the table on the ubiquitous “favorite books” list by asking readers to name the worst Civil War volumes they’ve personally read. I immediately weighed in with John Bowers’s, Chickamauga and Chattanooga, the Battles that Doomed the Confederacy. Bowers, a novelist, is confused about what constitutes non-fiction. In one scene, worthy of a South Park episode, he has Bragg passing gas so forcefully that the tent flaps are fluttering. Seriously.
HERE LIES A PART
If, like me, you won’t be visiting Higginsville, Missouri anytime soon, drop by Nick’s Battlefield Wanderings blog for some photos of the Confederate Memorial Park there. They lay claim to some part of William Quantrill’s remains. Just what part is unclear.
OZARK LIMBO
Things could be worse. You could be a ghost—somehow unable to fully transition to the next level—and doomed to spend eternity in Arkansas.
TRAINMEN
I could read about trains and trainmen all day, even post-Civil War. Robert Moore, of Cenantua’s Blog fame, remembers some of his Union veteran ancestors work on the iron rails in this meaty blog entry. My grandfather was a station agent and telegrapher for the Minneapolis and St. Louis railway, and his father, and uncle—among other family members—worked on the “Peoria Gateway” as well. That road took my grandfather from Minnesota into South Dakota, where he met his wife, a Norwegian farm girl, and it took him down into Iowa as well, where my mother and father put down roots in a sea of corn.
SMALL PRESSES, BIG THEATERS
Hands-down, for my money, the best Civil War book blog out there is Drew Wagenhoffer’s, Civil War Books and Authors. I especially enjoy that he doesn’t give short shrift to Western and Trans-Mississippi titles, and that he recognizes good work being done by small presses, such as the Camp Pope Publishers. Where else are you going to read a detailed and authoritative review of Iowa’s Martyr Regiment: the story of the Thirty-eighth Iowa Infantry, by David Wildman? I’m amazed at how many books—in areas of specific interest to me—I hear of for the first time on Drew’s blog.
HASKELL COUNTY CLOWN
My second stop for book postings is Civil War Librarian, which brings together reviews of new books from myriad sources, as well as news, commentary, and useful preservation updates. I was glad to stumble upon this David Blight opinion piece, reproduced from the Kansas City Star. Blight is telling it like it is. Read it and weep, Governor Perry.
BODY BAGS
United States Patent Number 39,291 was issued for Dr. Thomas Holmes’s “Improvement in Receptacles for Dead Bodies.” Jim Schmidt writes about that at his Civil War Medicine (and Writing) blog, in this case a reprint of his regular Civil War News installment. Pretty damn interesting.
A HERO IS BORN
Once Brooks Simpson moved on to create his own blog (Crossroads), Ethan Rafuse stepped up as the principal contributor over at Civil Warriors, and has seemingly single-handedly managed to keep one of the oldest and most respected Civil War blogs fresh and interesting. I am more than a little interested in reading his new biography of Stonewall Jackson.
HOUSTON AND TEXAS CENTRAL
Andy Hall taught me what a Ferroequinologist is, even though I have been one myself for many years. I rarely surf through my Civil War blogroll without dropping in on Dead Confederates. It’s that consistently enjoyable to read.
SAY THAT FIVE TIMES FAST
Reading about the October, 1861 Chicamacomico Races at Emerging Civil War brought to mind that famous Monty Python war cry from The Search for the Holy Grail: “Run away, run away!”
IF GRAFFITI COULD TALK
As good as blogs get: Mysteries and Connundrums. Would that all major battlefields got the same treatment as this blog does for the Spotsylvania and Fredericksburg area. Check out these multi-part entries on graffiti at Chatham and Falmouth.
PRESERVATION FAIL
What the hell were they thinking? The Brandy Station Foundation utterly failed in its pledge to preserve the “natural and historic resources of the Brandy Station area.” Someone had to say it, and Eric Wittenberg said it with gusto over at Rantings of a Civil War Historian. This and the numerous follow-up posts chronicle the debacle and its aftermath.
BONES IN THE HOLE
Everything’s bigger in my home state of Texas, including atrocities. There was the Great Hanging at Gainesville, of course, a mass murder that neo-Confederates forget to mention to their children. But Victoria Bynum digs deeper at her deliciously substantive blog, Renegade South. This story about Unionist bones in Dead Man’s Hole is so well done, some Texas quarterly should pick it up and send her a check.
DUST IN THE DISTANCE
“High Rock,” in Washington County, Maryland, in the South Mountain range, affords “the most beautiful mountain scenery,” so records a regimental history of the 3rd Pennsylvania Cavalry. General Buford himself reportedly stopped there on June 29, 1863, and could see the dust from a Confederate column in Greencastle, Pennsylvania (McLaws’ Division?). One day I’m going to hire John Miller to take me to this spot, which I enjoyed reading about at War Returns to South Mountain, a blog of good, solid essays by a devoted local historian.
RETREATING TO VICTORY
The Confederates held the battlefield at Wilson’s Creek, but they lost Missouri at Pea Ridge.  Even as a graduate student, Bob Pollock knew what he was talking about, and he writes about it now at Yesterday and Today.
Posted by dw at 7:29 PM 2 comments: