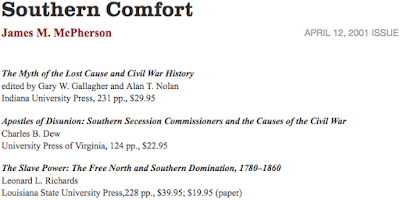 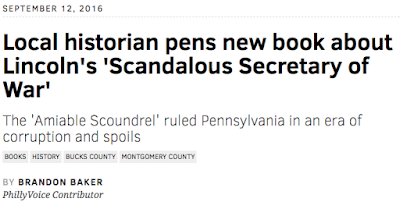 What sparked your interest in Simon Cameron? There are lots of people you could study in politics, after all.
Well, I have always been interested in Pennsylvania’s history — it is a thread that runs through all of my books — but it was Doris Kearns Goodwin’s magisterial Team of Rivals that wanted to make me find out more about Cameron. The traditional depiction of Cameron is of a Machiavellian and corrupt politico who, as Secretary of War, proved himself totally inept. I was curious how and why such a clearly gifted politician was unable to translate those skills into success as Secretary of War. What I discovered was that there were only two biographies of Cameron: the standard one (Edwin S. Bradley’s, Simon Cameron, Lincoln’s Secretary of War: A Political Biography) and the first of what was supposed to be a two-volume bio (Lee Forbes Crippen’s, Simon Cameron: Antebellum Years).  Both were incredibly dated and incomplete and, with the 150th anniversary of the war looming, it seemed like a good time to reinterpret Cameron’s life and legacy.
Read the full interview at PhillyVoice
Posted by dw at 12:46 AM No comments: