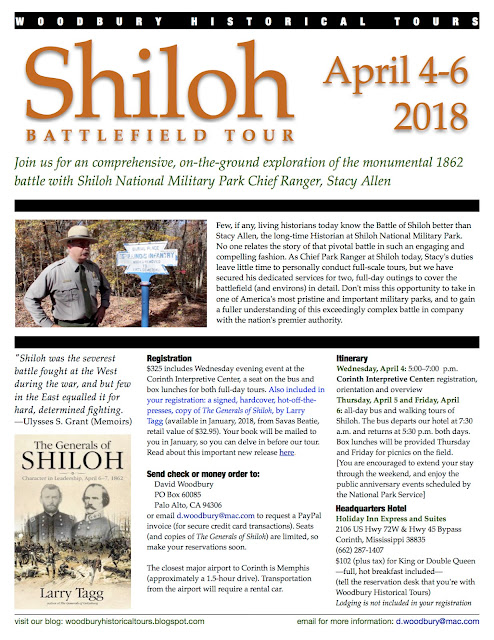 It was a big summer and fall for the nation's 18th president. . . Click on the image to go to the publisher's site: 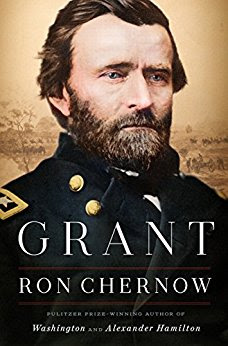 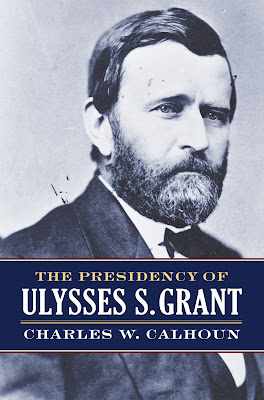 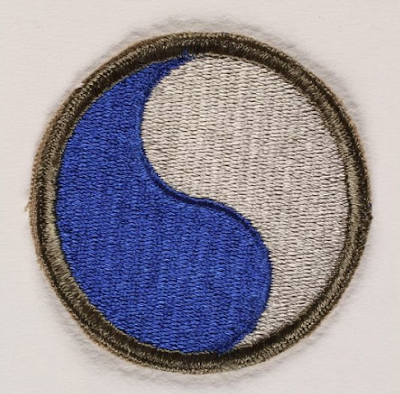 ==========
Shoulder sleeve insignia of the United States Army 29th Infantry Division, nicknamed the Blue and Gray Division, based on their circular blue and gray badge with a yin-yang design, or monad, a Korean symbol of eternal life. The colors symbolize the Division tradition of being formed by men whose forefathers fought in the Civil War, for both Union blue and Confederate gray. The 116th infantry regiment of the 29th Division was part of the first wave assault to land at Omaha Beach on D Day, June 6, 1944. They suffered heavy losses, but pushed on to relieve and reinforce combat units inland. At the end of September they were fighting on the German border and, in March 1945, were ordered to attack in the heavily defended Ruhr industrial region.

On April 3rd, the Division liberated Dinslaken civilian labor camp. They had pushed on to the Elbe River when Germany surrendered on May 7, 1945. The 29th Infantry served in the Army of Occupation in Frankfurt and Bremen until returning to the US on January 4, 1946, where they were inactivated on January 17.
==========