More on Who Do You Think You Are? 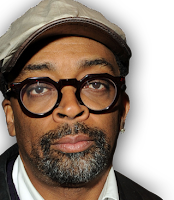 About a month ago I posted a little entry on the episode of NBC's Who Do You Think You Are featuring Matthew Broderick, who made a fascinating discovery regarding one of his Civil War ancestors. The seven-part television series came to a close last night with the genealogical adventures of director Spike Lee.

The concept of the show was pretty interesting, and will no doubt spark tons of subscriptions to Ancestry.com, a not-so-subtle sponsor. Two of the seven "celebrities" were African Americans -- Lee, and former Dallas Cowboys running back Emmit Smith. Their stories illustrated the challenges of tracing one's ancestry through the institution of slavery. Not only are records incomplete, slaves were often listed by only their first name or no name at all, they were sold and relocated, and some who went by the surname of their owner later changed their name to something else.
Still, the paper trail exists to take many African Americans some generations back into antebellum days. In the case of Spike Lee, he was able to trace one of his lines back to a slave owned by a Griswold (of course this made me think of the National Lampoon Griswolds -- a different family). Spike Lee's Griswold was none other the man who gave the name to Griswoldville, Georgia, site of a Confederate armaments factory (at the time producing a knock-off of the Navy Colt revolver), and scene of the only thing approaching a battle during Sherman's March to the Sea.
Upon leaving Atlanta, Uncle Billy sent elements of his Right Wing on a feint toward Macon. On November 20, 1864, 100 men under Captain Frederick Ladd of the 9th Michigan Cavalry burned Mr. Griswold's operation, and his namesake town, to the ground. A couple days later, in what came to be called the Battle of Griswoldville, well-situated troops in Sherman's Right Wing under Brig. Gen. Charles Walcutt withstood assaults from a patched together force of Georgia state troops and militia (mostly old men and young boys), in the only serious infantry fight of Sherman's March.

Interestingly, in the annals of Black Confederate mythology, Griswoldville is one of the places pointed to as having slaves impressed into combat roles in defense of the town, but I don't believe Union accounts of the battle make any mention of these phantom soldiers (we'll let Kevin Levin sort that out in his future book on the subject).
The trail that led to Spike Lee's ancestor at Griswoldville ends with the battle, and there's a pretty good chance he moved on with Sherman's men toward Savannah. It was interesting to see Mr. Lee musing on the irony of his ancestor working to build weapons that would be used to kill the troops sent to liberate him. If you've got 40 minutes to spare, the show is pretty worthwhile, and rams home again why, for so many Americans, all roads lead to the Civil War (full episode can be seen online here). Reminds me of one of my favorite Walker Percy quotes:

The truth of it is, I think, that the whole country, South included, is just beginning to see the Civil War whole and entire for the first time. The thing was too big and too bloody, too full of suffering and hatred, too closely knit into the fabric of our meaning as a people, to be held off and looked at—until now. It is like a man walking away from a mountain. The bigger it is, the farther he's got to go before he can see it. Then one day he looks back and there it is, this colossal thing lying across his past.

Thanks David. I am going to watch this over the weekend.