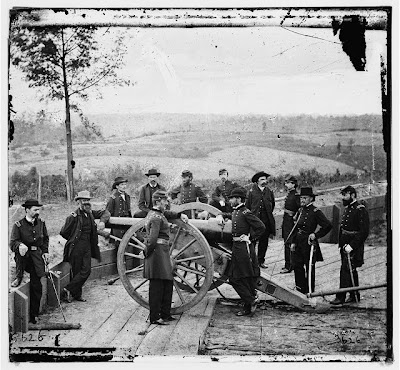 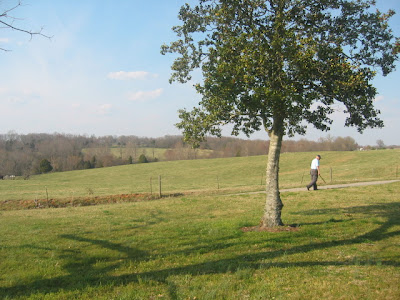 I might attend. When are we going to work on volume three?

I sure wish I had a copy.

"(not surprisingly, some folks removed those maps before passing on the book. Who could blame them?)."

Unfortunately, I doubt most online booksellers are knowledgable or diligent enough to mention this in their descriptions, so if you're buying this online make sure you ask first! I've noticed in the past that used listings for Bearss's FBR map study rarely, if ever, mention that they have the maps that go with them. Methinks it quite rare. Surely something that would be mentioned in the listing if they indeed were still together.

Good to hear from you. Volume three, eh? I have to say, that does have a certain appeal. Those two campaigns could support a lot more targeted essays.

The 2 vols-in-one hardcover really is a nice book. Good point about inquiring about the pocket maps. You probably already own Bill Scaife's book on the Atlanta Campaign? Those two pocket maps were reproductions of maps from the Scaife book (as were a couple of the fold-out maps).

Maybe you can talk Ted into resurrecting it.

David,
Yes, I finally got my own copy of Scaife's book only recently.

It still astounds how thin the crowd of Atlanta Campaign studies is.

Re: paucity of Atlanta studies, you're right. I was thinking about that tonight, when Ted mentioned volume three. The Atlanta bookshelf still remains sparsely populated. There's almost a willful neglect, which mystifies me.

Considering how much ink has been used describing the parallel campaign - Grant Vs. Lee - it is surprising that we only have a few Atlanta things to choose from.

I would think that there are a half dozen decent potential monographs in the various battles individually, let alone more campaign studies.

I have never been on a Forum trip (Who has time to take all the trips and seminars offered?) but I do have a strong interest in Atlanta. I just started reading Castel for my own edification.

Sounds terrific; count me in. I've already submitted my request to my wife for approval! (I'd humbly suggest that Pine Mountain, site of Bishop Polk's grisly demise, is worth a brief stop as well.) And I'm glad to see that the Andrews Raid will be on the agenda.

You'll enjoy the Castel book. And you're right, even after all these years, there's still a lot of fertile soil for would-be chroniclers of the Atlanta Campaign.

Thanks for weighing in -- I'm glad you got your leave request in to the proper authorities. I'm going to get around that this time by taking my wife and kids with me (spring break for our local school system).