150 years ago: Hunley sinks the Housatonic 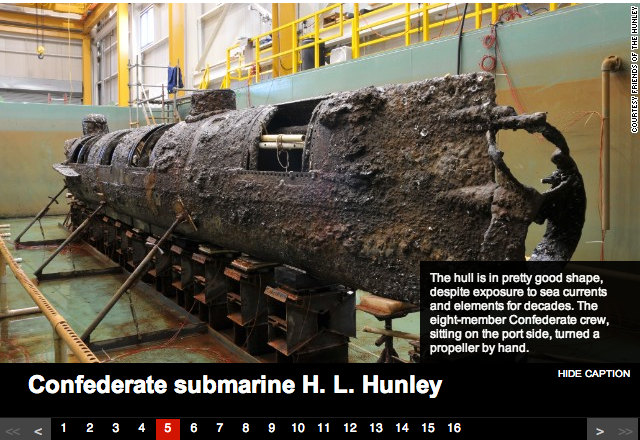 (CNN) -- Born and built amid gray-cloaked secrecy during the American Civil War, the H.L. Hunley — the first submarine to sink an enemy ship — has held tight to its murky mysteries. The 150th anniversary of the Hunley's daring and dangerous raid will be marked this weekend and Monday, but the overarching question remains: What caused the submarine and its eight-member crew to slip to the bottom of the sea on the moonlit evening of February 17, 1864, after it signaled to shore a success that changed naval warfare. Read the full article here.

For some thoughtful reflections on "The men lost on the U.S.S. Housatonic," see Robert Moore's February 17 Cenantua blog entry.

More "Thoughts on the U.S.S. Housatonic the the H.L. Hunley" can be found on Craig Swain's,
To The Sounds of the Guns blog.

And, of course, interesting information on the Confederate submarine is generously offered by the Friends of the Hunley.